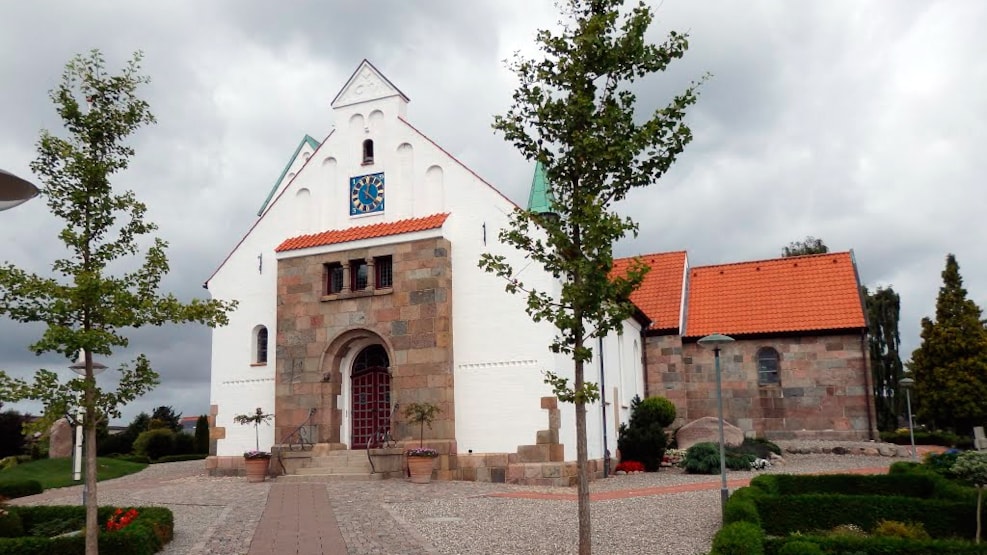 The original Romanesque church of Aars was transformed into a cruciform church of considerable size in the year 1921. The ancient walls from about the year 1200 were penetrated and a new main nave was built. Christian Andersen made the baptismal font in 1937. It is remarkable because it was made by a remodelled road roller and has symbols from the four Evangelists. In the church you see a big crucifix from the 15th century and an altarpiece from 1923 representing the Lord?s Supper, made by Rudolf Petersen. The slab on the communion table is a tombstone cut in a beautiful blue slate. On the graveyard is a runic stone. General opening hours: Daily Monday-Saturday.