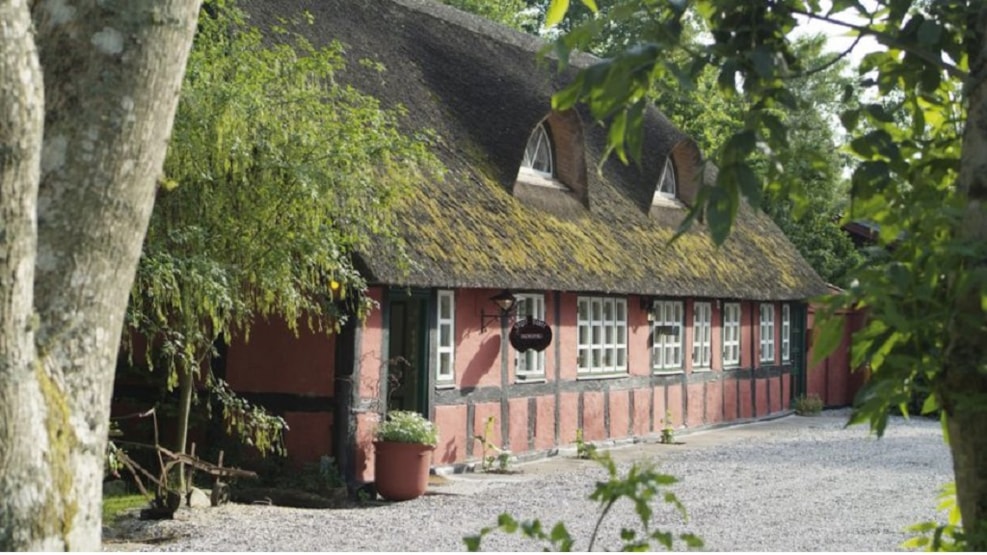 Als, Als Odde and Helberskov, is the south east corner of Himmerland and it is a historical oasis and a good base for a family hiliday in peacefull sorroundings - But there are still easy access to the pulsating holiday life in Øster Hurup.

Als Odde is the south eastern corner of Himmerland, Here Mariager Fjord meets the sea of Kattegat. Als Odde is concentrated around a small marina, mainly used for small yachts and fishing boats.

Canoes and kayaks are available for rental from “Als Kajak” on the beach front, and the water skiing club has their own pier there.

At the small Café Odden, You can enhoy an all-day snack menu, coffees, cold beverages, home baked pastry and ice cream - while You enjoy the sea view.

In the pine woods between Als Odde an Helberskov is the restaurant “Jægerhuset”. A cozy old low to the ceiling, timber framed house with a thatch roof, where you are served by the “Forrest Witch”. She is serving traditional Danish food in her restaurant and on the terrace, where we also will have live entertainment during the summer.

The small villages Odde and Helberskov are two examples of villages worthy of preservation. Here you will find several beautiful timber framed houses dating back to the 18th century.

The village Als dates all the way back to the stone age when it was just a small islet in the shallow sea. On the highest point of the village (Ravnbjerg), archeologists have found remains of houses estimated 2000 years of age. Als Church is a church built in late roman style in 1309, on a 20 m high hill overlooking Kattegat, and has for centuries been used by seafarers as a land mark. The village is centered around the village pond, the fountain square and the inn (Als Kro og Badehotel,1893) which still is open for food and accommodation. The village also has two camping sites, Als Havbakker and Als Camping, which is situated right on the sea front. This is the perfect scenario for chilling out or walking in the beautiful nature. The sites are run by the local community and are open to the public. Besides being the ost scenic sites they are the cheapest in the area.