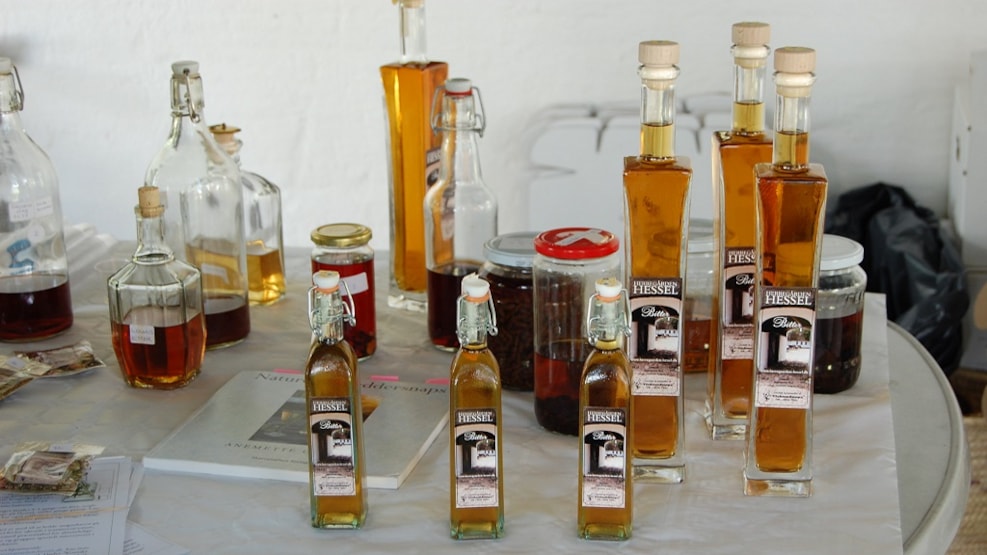 The aquavit guild at Herregården Hessel

The members of the aquavit guild at Herregården Hessel are people who love aquavit which is made of different herbs and loves to make it themselves – from growing the herbs to collecting them and brewing the aquavit and finally, to handing out the aquavit for other people to taste.

Every year the guild is hosting events and are participating in events like the arts and crafts exhibition in Låstrup, the Forest Day in Uhrehøj, the cattle show in Løgstør and Hjørring, the mussels festival in Løgstør, and Christmas By Night in Farsø, etc.