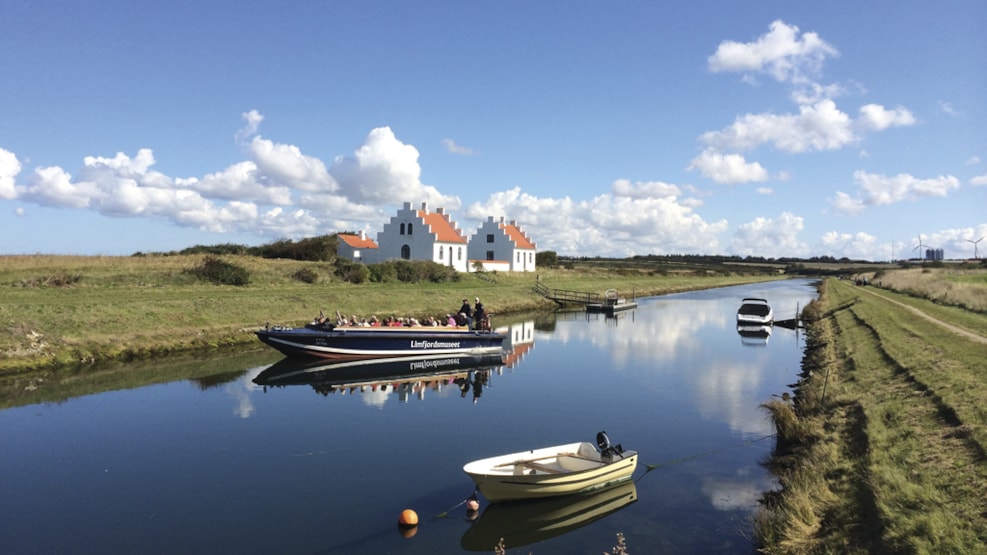 The Canal opened in 1861 and made it possible for the ships to pass by the shallow areas of the Limfjord around Løgstør.
The Canal was in use until 1913 when a channel was dug out in the fjord making the canal obsolete.

The canal is no longer in use, but the entire area with the beautiful white buildings and the renovated draw bridge is a large attraction. The area is preserved and aside from the historic aspect, a trip along the canal offers a stunning view of the Limfjord and an incredible range of flowers along the canal.

The buildings on both ends of the Canal used to be homes of the manager and canal officer. Today, the main building is home to the Limfjord Museum