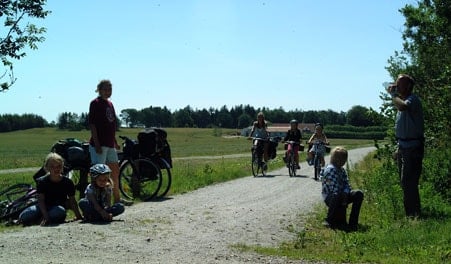 The Halkær route is marked with blue signs which shows a cyclist symbol and route numbers in white. The route takes you through both tracks, gravel roads, and asphalt roads with some traffic. Please note, that some of the route requires that you follow a main road which does not have a cycle lane. The Halkær Route connects Halkær River Valley and Halkær Lake with the rest of Vesthimmerland and the Ertebølle Route, which is a 45 kilometers route that connects Hvalpsund in the south with Aggersborg in the north.