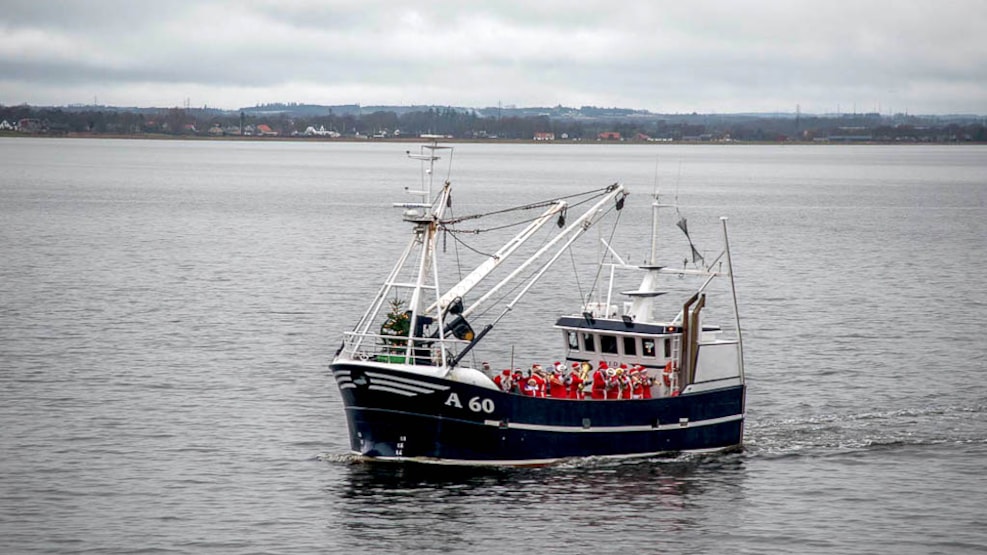 Once again we welcome Santa Claus when he arrived at the habour sailing with his entire elf entourage during the world's oldest Christmas ship show on Sunday 18 December. It is a day that brings together children and adults, and where former residents return home to visit – many bring the next generation of anticipating Christmas visitors with them.

The day is full of traditions. From the elf orchestra on Santa's ship and the songs they play to the police officer in uniform guiding the fire trucks safely into town.

At 1:00 p.m., Santa Claus and his entourage dock at habour outside Løgstør Badehotel – Hotel Du Nord. He is received by the many people and the large fire trucks that will drive him and the elves into town. Escorted by the police and music, the parade goes to Østerbrogade, where the lovely Santa Clause throw caramels out to the children.

As always, it is Løgstør Handelsstandsforening, which ensures and coordinates that the children can enjoy Santa's company and the delicious caramels that he and the helpers give to the children.