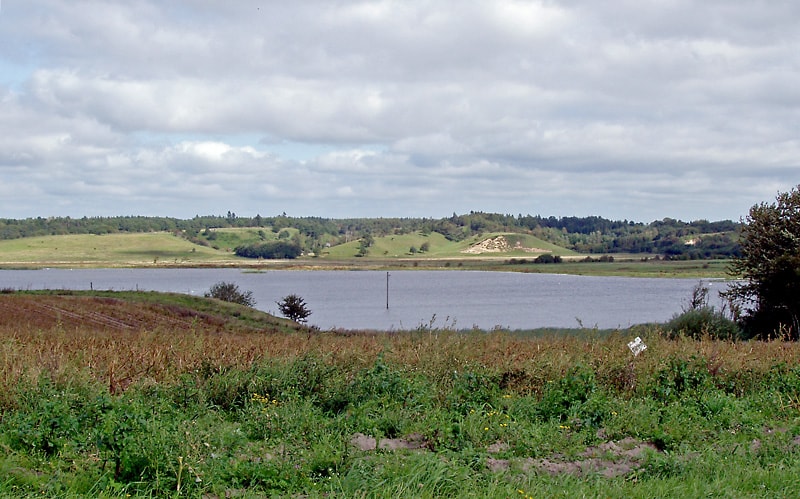 The entire Louns peninsula is a moraine scenery that is created by sediments during the Fourth Ice Age. 5000 years ago the lower areas were covered by the Stone Age Ocean.

By Louns there was a stretch of fiord that went all the way to what is now known as Hvalpsund. When the water receded the stretch of fiord changed and a lake was created. This lake, Louns Lake, existed until the 1870’s. In the beginning of the 20th Century the lake was drained. At the time the farms needed to use all available areas for farming.
Louns Lake was recreated in 1996. The lake is a paradise for several bird species. Additionally, several migratory birds stop by when needing a break. In the lake eel is also starting to return.The transformer tower was left standing and via the staircase inside there is a magnificent view of the entire lake. There are several posters that illustrate the diversity in bird species. At the foot of the tower you can learn more about how and why the lake was recreated.
The old church path has also been recreated. The path is about 2.2 km and is a quick walk to Louns Churh.