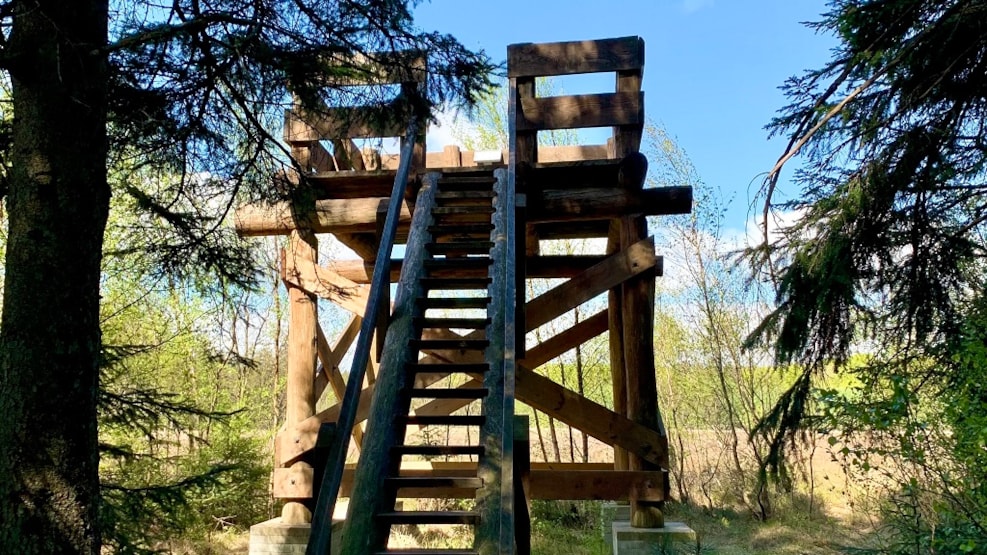 In Rold Skov you'll find the 6 meter high tower, from where you can enjoy the view of a small part of Rold Skov and the raised bog, Lille Økssø.

Lille Økssø was once a lake, but is now considered a raised bog. Through the years of its existence the lake has developed into a marsh and now into a raised bog. Only a small part of the water in the middle of the former lake, can still be seen if you go up into the tower close by.

The area is home to red deers, which in the early mornings can be seen moving around the area.